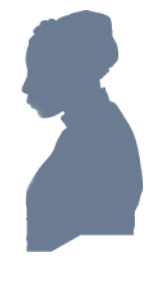 The Tubman Project | 3 Things to Know Beyond the AI Technology

Technology has not only shaped our current lives with making the world more connected, but it’s become a permanent and powerful tool that we can harness for social good. We’ve seen how social media and other facets of our connected world can elevate unheard voices and inspire change.

A public defender is an attorney appointed to represent people who cannot afford to hire one and just like Harriet Tubman, we want to create support for those that are in need through engaging with technology like artificial intelligence (AI) and machine learning.

The Tubman Project is inspired by the belief that our justice system has a problem because it has been used to create an effectively slave labor force within the US, resulting in a country that has 5% of the world’s population but 25% of the world’s incarcerated. Moreover, most of these people have never been given a fair trial. Instead, they’re scooped up by heavily armed police forces, thrown in front of a public defender for 3 minutes, told to plead guilty, and subjected to an all too common retort: that they were too poor to afford legal defense. This happens regardless of whether or not they’ve done anything wrong.

The mission of The Tubman Project is to ease and improve this arduous process by making legal defense available to the masses. By following the project, you can join our hackathons and help us build a public defender AI and other open-source tools. Whether you’re a coder, activist, lawyer, or someone who cares, we know you have the ability to change processes that no longer serve the people.

1. To generate more tech based thinking among activists and changemakers

2. To inspire folks to bring their ideas/skills/talent to the table around this issue

3. To explore the use of technology as a solution to the many facets of this larger problem

Who is Harriet Tubman?

I want to make sure that this isn’t lost in the shuffle of the awesome technology that is going to built around this effort, but I want to highlight why Harriet Tubman matters in the first place. The Tubman Project keeps the essence of her life story by combining the spheres of criminal justice and technology.

Tubman was the most famous conductor of the Underground Railroad. In a decade she guided over 300 slaves to freedom; abolitionist William Lloyd Garrison thought she deserved the nickname “Moses”. She worked hard to save money to return and save more slaves. In time she built a reputation and many Underground Railroad supporters provided her with funds and shelter to support her trips.

During the Civil War, Tubman served as a nurse, cook, laundress, spy and scout. After the Emancipation Proclamation she returned to Auburn where she lived the rest of her life.