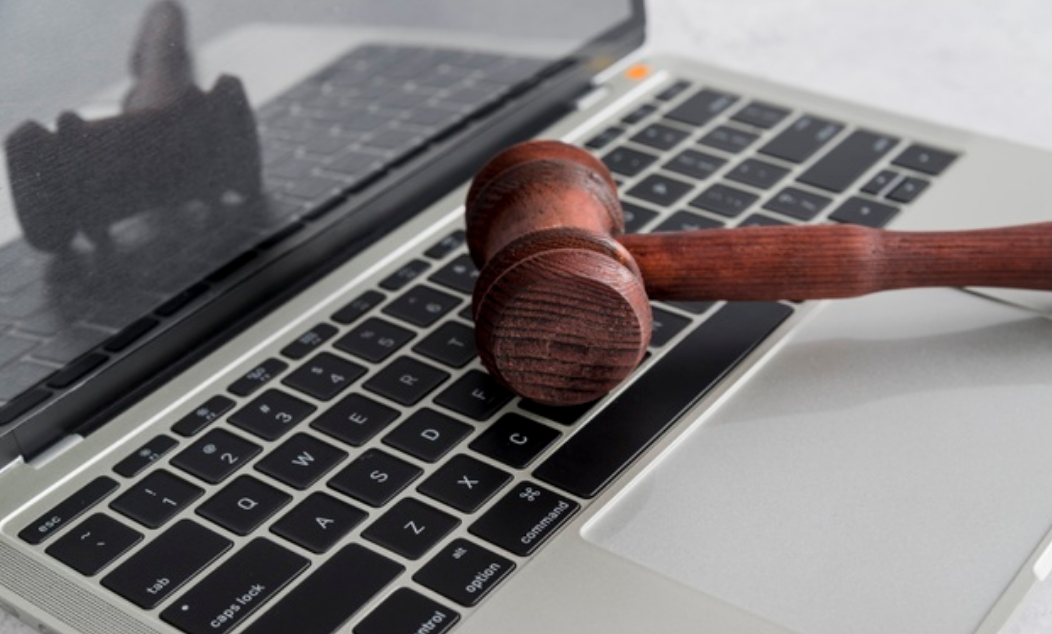 This Declaration aims to generate discussion across the wider community, to serve as a central unifying point for collective discussion, and to enable its universal application and adoption by all stakeholders.

Whereas striving to create a world where anyone anywhere, recognized in their individuality and defined by their character, may express, disseminate and receive information without fear;

Whereas all states should recognise and promote universal respect for and observance of fundamental human rights in the digital environment and ensure that these rights are upheld as core elements of a free, open and representative society;

Observing the developing nature of self-determination and digital identity as an emergent human right, necessary for the full realisation and proper enjoyment of economic opportunity, social inclusion, and cultural participation;

Acknowledging the increasing degree of responsibility situated upon individuals to administer the security of their personal identities with stakeholders across the digital space;

Recognising that the conflicts of laws arising from competing jurisdictions in the digital space has created confusion in the due application of the law, demonstrating conflict between societal norms and codified laws;

Emphasizing the fundamental basis of identity as grounded in natural law, derived from the inherent nature of the world, independent of the roles of government and identity solution providers;

Deeply conscious of justice for all as the foundation for any society, where harmonization of the rule of law in the digital space is central to addressing the trust deficit between governments and citizens;

Acknowledging that all individuals have agency to develop the normative behavior governing relationships affecting the well-being of societies, and to direct measures which rebuild trust in the rule of law in the digital space;

Concerned that attempts to control and exploit access to identity information through digital technologies for political, commercial, security or other reasons are contrary to democratic principles;

Deeply concerned by measures aiming to, or that intentionally prevent or disrupt access to an individual’s personal information in violation of human rights law;

Reaffirming the relevance of international human rights standards in the digital environment and the need to explore and expand upon novel human rights guarantees for the future;

Now, therefore we proclaim THIS UNIVERSAL DECLARATION OF DIGITAL IDENTITY as a common standard of digital identity for all, to the end that every individual and every institution of society, keeping this Declaration constantly in mind, shall strive to promote respect for these rights and freedoms, by progressive national and international measures, to secure their universal recognition and observance in all countries of the world.

Article 1 – Right to Digital Identities and Duty to Protect It

All human beings, free and equal in dignity and rights, are entitled with the right to secure, independent, and trusted digital identities. It is the duty of the holder to maintain the security and confidentiality of such, and to use them in accordance with the law.

(1) No one shall be restricted from the free movement of their digital identities data across different entities, nor within the bounds of an entity.

(2) Absent the individual’s approval, no one shall have her or his digital identities subjected to unsanctioned destruction, manipulation, or transfer.

(3) No one shall be deprived of the right to persistent digital identities.

No one shall be prevented from taking part in the political society of  her or his country through the adverse use of, or restriction of access to, a digital identity.

No one shall be subjected to arbitrary interference with privacy; all are entitled to recognition everywhere as persons before the law, and to protection against interference or attacks upon their digital identity.

Everyone has the right to equal access to public services through the attainment and use of their digital identity, including medical, education, and financial assistance. No one shall be limited in her or his right to equal opportunity for economic, social and cultural participation.

Article 8 – Right to Recourse Judgement of a Machine

No one shall have her or his digital identities subject to judgement through automated processes by their government, absent of direct human involvement.

Everyone has the right to direct the use of the attributes of their digital identities by others, both in how they function, and how they are managed and updated.

Nothing in this Declaration may be interpreted as implying for any State, group or person any right to engage in any activity or to perform any act aimed at the destruction of any of the rights and freedoms set forth herein.

“How is this declaration different? Basis within fundamental human rights”

The intent of this Declaration is to deconstruct the elements which comprise digital identity to its most fundamental elements – to generate discussion across the wider community, to serve as a central unifying point for collective discussion, and to enable its universal application and adoption by all stakeholders.

Any additional technical or policy aspects may be further detailed within the issuance of a General Comment. A general comment is a treaty body’s interpretation of human rights treaty provisions, thematic issues or its methods of work. General comments often seek to clarify the reporting duties of State parties with respect to certain provisions and sug­gest approaches to implementing treaty provisions.

An aspirational and political document can be expressed in abstract and unqualified terms. It is intended to set an agenda for political debate, to provide a standard for political criticism of institutions and officials.

A Declaration performs the valuable function of telling politicians, officials, lawyers and the people at large that these were important questions which needed to be considered and debated. It provides a recognised standard against which governments may be criticised and are effectively criticised by other governments and international organisations.

For that purpose, it did not matter that there might be differences of opinion over moral relativism – where it is argued that the limited set of experiences do not in fact represent all people and all societies. Human rights entail both rights and obligations, with states assuming obligations and duties under international law to respect, to protect, and to fulfil human rights.

All people everywhere in the world are entitled to them. Speaking to our common humanity, these rights draw their principles and values from many diverse traditions, and are made robust through a uniform codification. At the level of abstraction specified under this declaration, human rights may be universal. The need for universal implementation is in the best interests of all peoples.

The concept of universality touches upon universal adherence to international human rights standards, the global geographic coverage of human rights monitoring mechanisms, equal weight being given to each of the rights recognized in the declaration, and the adoption of substantive protection mechanisms for internationally-agreed human rights at the national level.

These rights are attached to each and every individual human being from their moment of existence, as values tied to the very concept of humanity. The attachment of such rights from the outset creates the basis for a new social contract, one in which the state bears the duty and obligation to fulfill the basic needs of its citizens.

Denying the inherent nature of human rights and their metaphysical nature, and removing the concepts of the Declaration from their historical and philosophical context, creates an unnecessary and potentially dangerous political fog within which such abuses are allowed to continue.

Such rights cannot be taken away or given away, and any attempt to do so would be morally unconscionable and inexcusable – deriving people of their basic rights and needs pertinent to their enjoyment of their highest attainable standard of existence.

It is not possible to rescind the application of such rights by governments in times of crisis or national emergency. This is because the inherent dignity that we harbour as human beings, which entitles us to these rights, is also inalienable. Such rights continue all the way up to our death.

The idea of dignity is fundamental to how we regard ourselves. It’s something that connects people from all kinds of cultures and beliefs, and which has ultimately led to the universal recognition that we need to protect and realise this dignity for each and every person.

The very essence of the Convention is derived from a deep-seated respect for human dignity and human freedom. Dignity represents a unifying value, regardless of religious beliefs, it is a qualifier which establishes a basic standard to which everyone can strive.

Dignity means that certain acts are prohibited because we want to “protect both the dignity and the physical and mental integrity of the individual.” In this sense, dignity is something we hold that we want to protect from destruction.

Everyone has the same rights and deserves the same level of respect. The general principle of equality and non-discrimination is a fundamental element of international human rights law – which seeks to avoid distinction, exclusion or preference made on the basis of race, colour, sex, religion, political opinion, national extraction or social origin.

All persons, institutions and entities, public and private, including the State itself, are accountable to just, fair and equitable laws and are entitled without any discrimination to equal protection of the law.

Equal enjoyment of the rights herein promotes inclusivity, creates a framework for enforcement, and advances the overall objective and effective implementation of the declaration.

These rights are interdependent and interrelated, where the deprivation of one right adversely affects the others, and it is not possible to simply follow some human rights principles and disregard others.

All human rights are indivisible, whether they are civil and political rights, such as the right to life, equality before the law and freedom of expression; economic, social and cultural rights,

The vision of a comprehensive human rights system was built on the understanding that, in order to guarantee the dignity of the human person, all human rights should be reached. In this way, an integral human rights system concerning digital rights is established where the violation of one of them damages the achievement of the others.

How to draft a declaration 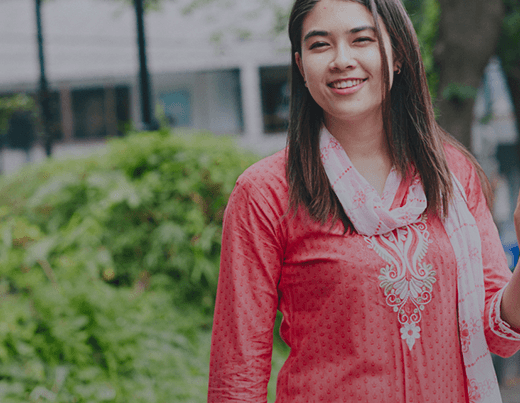 The Most Outstanding Youth Award

The Invisibles’ KRISTINA YASUDA – Forbes 30 Under 30 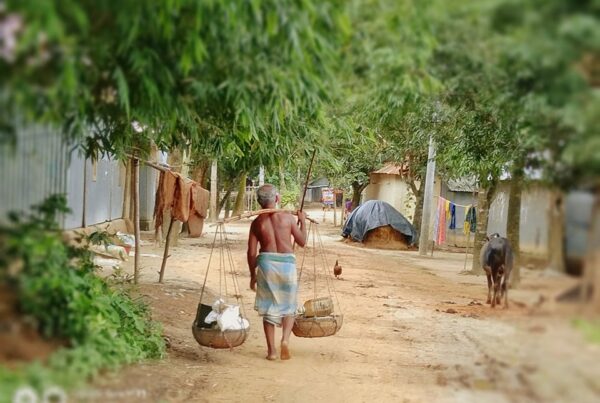